Are YOU the nextMs. or Mrs. Classic Universe? 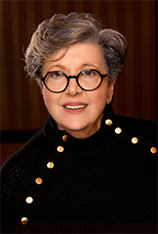 LYNDA SAMUELS
Executive Director
As CEO of Signature Productions, LLC, I have worked in the Pageant arena for almost twenty-five years. I started my career as the Arizona State Director for the USA/Universe Pageant system and was then invited to the United States Pageant system, where, after four years as State Director, was promoted to National Director of the Jr. Teen, Teen, Miss & Ms. Divisions.
I spent the next six years promoting, producing, and directing what soon became one of the most exciting National pageants in the industry. Year after year my delegates, directors, staff, judges, volunteers, sponsors, and colleagues grew to expect the grace, quality and professionalism of my national events ~ and year after year, I never let them down.
Twice featured on the cover of Supermodels Unlimited Magazine with my reigning National Titleholders, before I knew it, I became known as Momma Queen (or MQ for short!), encouraging everyone to ‘Dare to Dream & Take the Journey.’
If there is one thing I that can say for certain is that I’ve learned through my experiences, it would be to journey outside my comfort zone, and I found out how much more there is to discover once having given myself the power to accept possibilities and explore beyond that which feels safe and customary.
It was THAT permission to being open to accepting possibilities that fueled my motivation to change the face of pageantry by changing the landscape to conform to challenges, decisions, values, and attitudes.
Together with my fabulous team of colleagues, we offer more than one hundred years of experience doing what we all do best, and this time it’s for those women who are ready accept experiences and embrace possibilities!

LINDA HOUDASHELL
Assistant to the Executive Director
Linda has been in the pageant circle for many years. Her love of pageantry, coupled with her organizational skills and professional demeanor, played an important part in being selected as Assistant to the Executive Director. As a long time "pageant mom", Linda understands and relates very well to the needs and concerns of delegates, while respecting the demanding schedules behind the scenes to get each delegate to the right place, at the right time, and in the right outfit for the competition. Both Lynda and Linda look forward to working together towards an exceptional Ms., Mrs., Ms. Classic, and Mrs. Classic Universe Pageant. 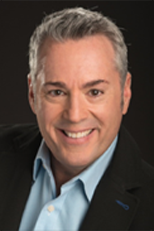 JAY JOSEPH
Host
For more than thirty years, Jay has performed on both coasts in musical theater, production shows, headlining with his own act on several cruise lines, as well as performing on television and radio. He recently appeared as Billy Flynn in CHICAGO, and currently performs and hosts two Las Vegas variety shows. Jay worked with Executive Director, Lynda Samuels, as Host of the United States Pageant system from 2004 to 2014.
In addition to performing, Jay owns and operates A TOUCH OF MYSTERY & MORE Entertainment Group, an interactive event and entertainment company. His troupe performs for local restaurants, hotels and casinos, corporate and convention events and team building. His interactive Murder Mysteries were featured om Royal Caribbean and Norwegian Cruise lines. 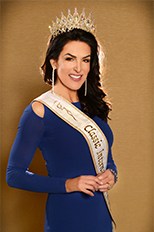 DARLENE QUINN
Executive International Brand Ambassador
As a graduate of Pepperdine University with a degree in Business Management, Darlene was Vice President Business Development and Marketing for 12 years with a tech-based company.
Darlene gives of her time planning fund-raising events and speaking on behalf of those charities at gala events. She has also been awarded honors through the charitable organizations she has been involved with for nearly three decades. She has tirelessly given of her time to Feed My Starving Children, St. Mary’s Food Bank, Assisted Living Homes and Alzheimer Units visits, Operation Christmas Child, New Directions for Women Recovery Shelter, Salvation Army of Phoenix Christmas Angel, Samaritan’s Purse, Christian Family Care, CASA, Foothills Food Bank and Resource Center, as well as several education-based foundations.
As a well-established ceramics and sculpture artist, Darlene has been practicing fine arts in studios between California and Arizona since 1988. She volunteers her time teaching High School level fine arts, passing her passion in wheel ceramics and clay sculpture as well as mentoring these young adults.
Darlene, her husband Jack of twenty-four years, and their two children reside in Paradise Valley, Arizona on the beautiful landscape of Camelback Mountain. Currently signed with State Management Modeling Agency in Los Angeles for Lifestyle Modeling, Darlene has enjoyed modeling for the last thirty years in runway, print, and as a fit model for several designers.

NATALIE CARSON
Choreographer
Natalie Carson has been a professional singer, emcee, dancer, actress, and choreographer for more than twenty years. She has travelled internationally with Legends in Concert and has been the featured singer in numerous productions in Las Vegas and beyond. Her favorite credits include Sister Amnesia in Nunsense, Jenny in Company, and Sandy in Grease.
For the past fifteen plus years, Natalie has staged and choreographed the Cinderella Scholarship pageants on the State and International level. She was also a guest vocalist and choreographer/stage director for the Mrs. United States National Pageant as well as working with Lynda with the Jr. Teen, Teen, Miss, and Ms. United States Pageants for more than five years. Natalie is thrilled to work with Lynda and the Delegates in the Classic Universe Pageants.

THOM BRODEUR
Judges’ Liason
Thom is an American businessman, philanthropist, fashion and beauty media personality, and producer. He is the Founder and CEO of Brodeur Beauty, a company that builds and launches disruptive beauty brands. He serves as the President and Executive Director of the internationally renowned Queen Beauty Universe pageant acquired in 2019 from the Spanish beauty event and fashion show production company La Reina Belleza Group.